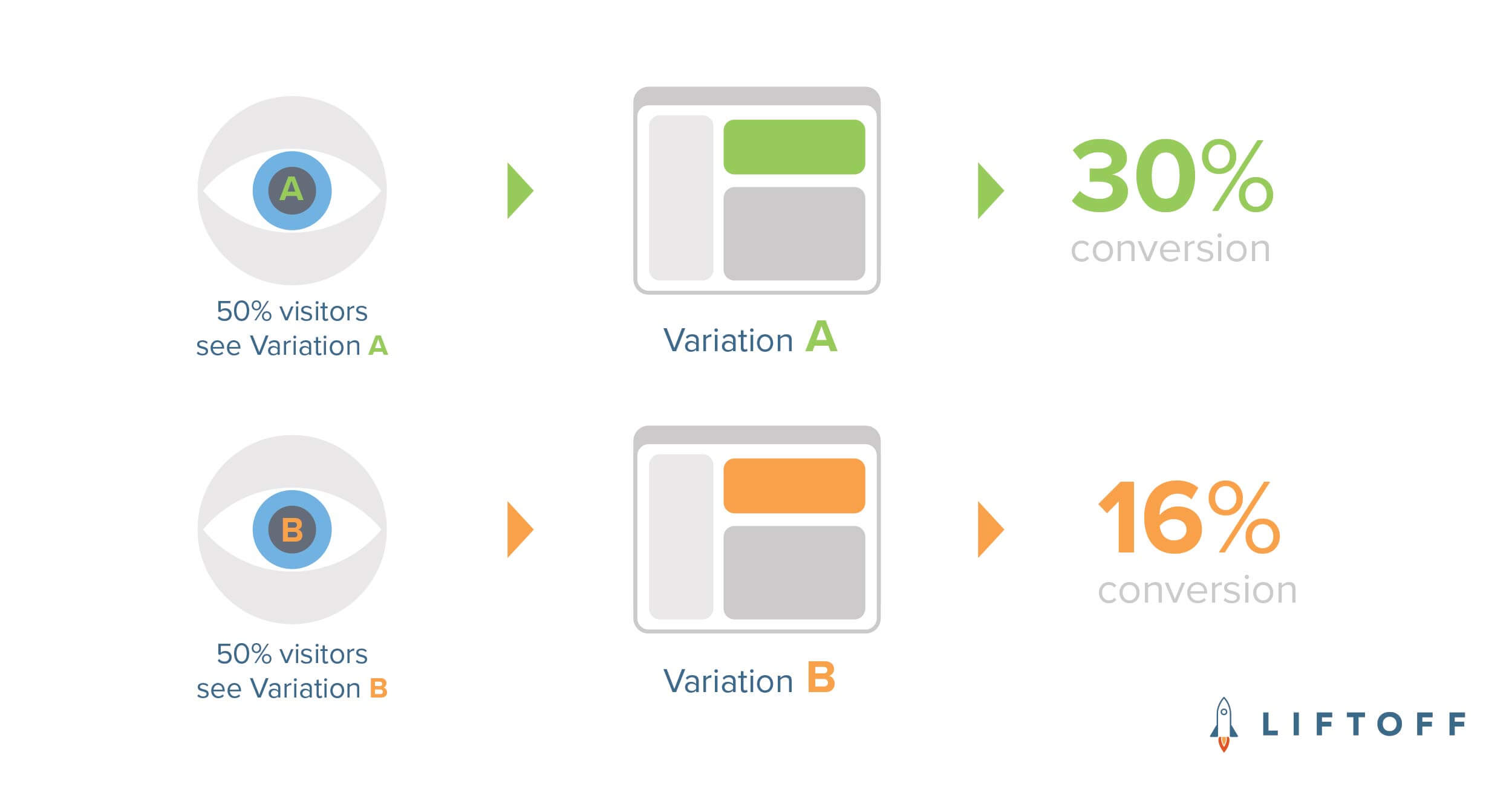 One of Liftoff’s strengths lies with our ad creative team who tirelessly A/B test and optimize ad creatives – all sizes and formats – to improve performance of our mobile app install campaigns. Whether it’s a simple copy or CTA test, testing artwork or new ad formats, the team has amassed countless performance gains for all of our clients.

Testing at Liftoff, however, goes beyond ad creative tests. A/B testing is also a part of the culture on the marketing team at Liftoff, demonstrating time and time again that gut instincts are often wrong. “I don’t know, let’s test it,” is a common phrase around here.

Email Marketing 101
With all performance marketing, there are basic metrics used to measure the results of A/B tests. In the case of email marketing, these metrics typically include:

Having a basic grasp of these terms helps understand what tests are successful (or not), and for what reasons.

Seasonal Email Imagery Test
In recent months, we’ve included visually appealing email banners on all Mobile Heroes emails which are sent every two weeks. As we entered the fall, we decided to match the email banner imagery to the current season and holidays including Halloween, Thanksgiving, Black Friday and Winter.

For the Thanksgiving email, we decided to test two different images: one image with a Thanksgiving theme (American-centric, tisk tisk, we know) and the other focused on Shopping. Given that the email is distributed globally, we were uncertain of which email would perform best. Here are the images used in the email banner test:

With the different email banners being the only single variable, we split our email list in half, sent the email, and waited a few days to look at performance results.

Looking at the single most important metric, click-through rate, we see that version A – the Thanksgiving theme – performed best. In fact, it performed 18.5% better than version B.

Does this mean we will incorporate holiday banners on each email send? Our gut tells us “no,” but let’s test it!

Win a free Liftoff shirt by telling us what email tests you think we should run. Simply fill out this one question and you’ll be placed in a drawing to win a free shirt!